Genetic testing is not a new concept, but we know about it from the medical perspective only. What if genetic testing can give you an insight into your health in the layman’s language? In today’s blog, we will study genetic testing, its benefits, types and more.

What is Genetic Testing?

Genetic testing involves examining the DNA to identify the changes in chromosomes, genes, and proteins. This test can help identify the suspected genetic condition or chance of developing or passing on a genetic order.

How is Genetic Testing done?

Genetic testing is laboratory testing conducted by taking a blood sample or hair or through the skin or any other tissue or cheek swab sample. Genetic testing is either prescribed by a healthcare professional and direct to the consumer (DTC). After collecting the sample, it is studied by technicians in the laboratory. The reports are then shared with the doctor or the consumer, respectively.

There are dozens of companies that offer direct-to-consumer genetic testing services. This is performed for various reasons, like making predictions of health, information about common traits, and getting clues about a person’s ancestry. Other names for DTC are Home DNA Testing, AT-Home Genetic Testing, Direct Access Genetic Testing, and Ancestry Genetic Testing.

Why should you take your Genetic Testing?

To keep our body well-functioning, we need chromosomes to keep our DNA fit while the cells divide and produce more new cells. Below are the top reasons why you should go for Genetic Testing.

Get A Cheat Sheet For Life: With your genetics testing, you get to know about your body completely. It gives you an insight on what to eat, how much sleep you should take, what type of exercise you should do, and many more.

Fit in Your Favorite Dress: We all are genetically different, and when it comes to dieting and exercising for losing weight, we cannot copy and paste what others do. Genetic testing lets you know your nutrigenetic report and gives you optimal information on weight management.

Know Your Potential: Genetic Testing reveals your fitness potential. It helps you know your endurance and core strength. It reveals your body’s blueprint and manifests physical and mental foundation followed by training response, fuel utilization, recovery and injury risk.

Detect Hereditary Health: One of the benefits of genetic testing is that it can detect the level of your health and diagnose your hereditary health at an early stage. This can help you manage your condition before it gets worse. For example, you may have diabetes run in your genes, and if it is diagnosed at an early stage, it can help reduce the effects for your later life. Another example of inherited disease is having mutations in your DNA. For instance, you are planning for conception, and if both of you as parents have the same genetic disorder, there are high chances that you may pass this disorder to your next generation. Such information helps the expected couple make profound decisions for their family planning.

Discover Your Alcohol Sensitivity: Too much alcohol or is it within limits for your health? It’s hard to identify ourselves. A certain version of genes – ADH1C can reflect the positive effect of alcohol on your good cholesterol levels and lets you decide the quantity of alcohol.

Check on Inflammation: While you work out or do rigorous work which includes immense effort, your body is likely to get inflamed. Your DNA test helps identify how your genetic makeup is involved in your inflammation and what foods you should eat to treat it.

Sleep and Stress Report: Getting your sleep and stress report is one of the most exciting parts of genetic testing. It allows you to think about how others can manage in stressful situations and where you lack.

Recovery Speed: If you are injured for any reason, like practicing hard exercises in the gym, your genetics may interfere with your speedy recovery. The genetic testing report gives you a detailed analysis of your genes on how exactly your body recover. Hence, you get to know about your nutritional requirements to recover faster.

What are the types of Genetic Testing?

There are several tests available as mentioned below:

Newborn Screening: As soon as a baby is born, getting its genetic testing can help diagnose its genetic disorders to be treated at an early age.

Diagnostic Testing: This type of testing helps to diagnose a specific genetic condition. The results can influence the choices of a person regarding their healthcare and management of the disease.

Carrier Testing: This can help couples learn if they carry any genetic disorder such as cystic fibrosis that could pose a high risk of health by transferring it to their next generation.

Prenatal Diagnostic Testing: It helps in detecting defects in a fetus’ genes and chromosomes. This type of testing is advised to couples who have higher chances of having a baby with a genetic disorder.

Preimplantation Genetic Testing: This type of testing is performed on the embryo developed through the IVF process. The eggs are observed for few days, and the healthy ones are implanted in the woman’s uterus.

Predictive and Presymptomatic Testing: This is used to detect gene mutations associated with birth disorders that may appear later in life.

Pharmacogenomics: This is the type of genetic testing that identifies the genetic disorder of the person and helps in identifying the type and dosage of medicine for him/her.

What do the test results of genetic testing reveal?

The results of genetic testing can be in three forms-

Positive Result: This indicates that the genetic test has found a genetic change or chromosome difference or protein of interest.

Negative Result: This indicates that no change was observed in genes, chromosomes, or protein under consideration. This result can indicate that there is no risk of disorder or disease for the person.

Uncertain: This type of result comes when genetic testing finds a change in DNA that has not been associated with any disorder.

No matter what results you get with Genetic Testing, it would be best to talk to your healthcare professional about your questions or concerns. This will solve your confusion about what the results mean for you and your family.

GET REGULAR UPDATE FROM US !

The statements made regarding these products have not been evaluated by the Food and Drug Administration. The efficacy of these products has not been confirmed by FDA-approved research. These products are not intended to diagnose, treat, cure or prevent any disease. All information presented here is not meant as a substitute for or alternative to information from health care practitioners. Please consult your health care professional about potential interactions or other possible complications before using any product. The Federal Food, Drug and Cosmetic Act requires this notice. 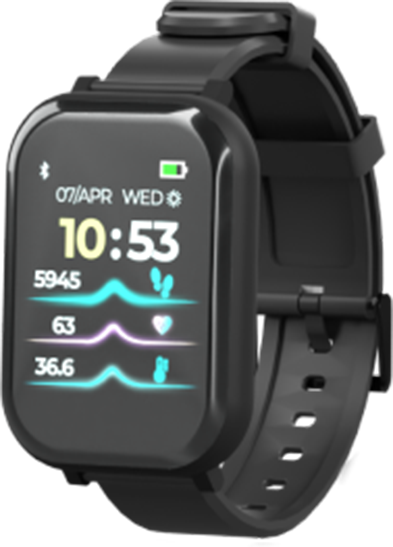 The statements made regarding these products have not been evaluated by the Food and Drug Administration. The efficacy of these products has not been confirmed by FDA-approved research. These products are not intended to diagnose, treat, cure or prevent any disease. All information presented here is not meant as a substitute for or alternative to information from health care practitioners.
Please consult your health care professional about potential interactions or other possible complications before using any product. The Federal Food, Drug and Cosmetic Act requires this notice.